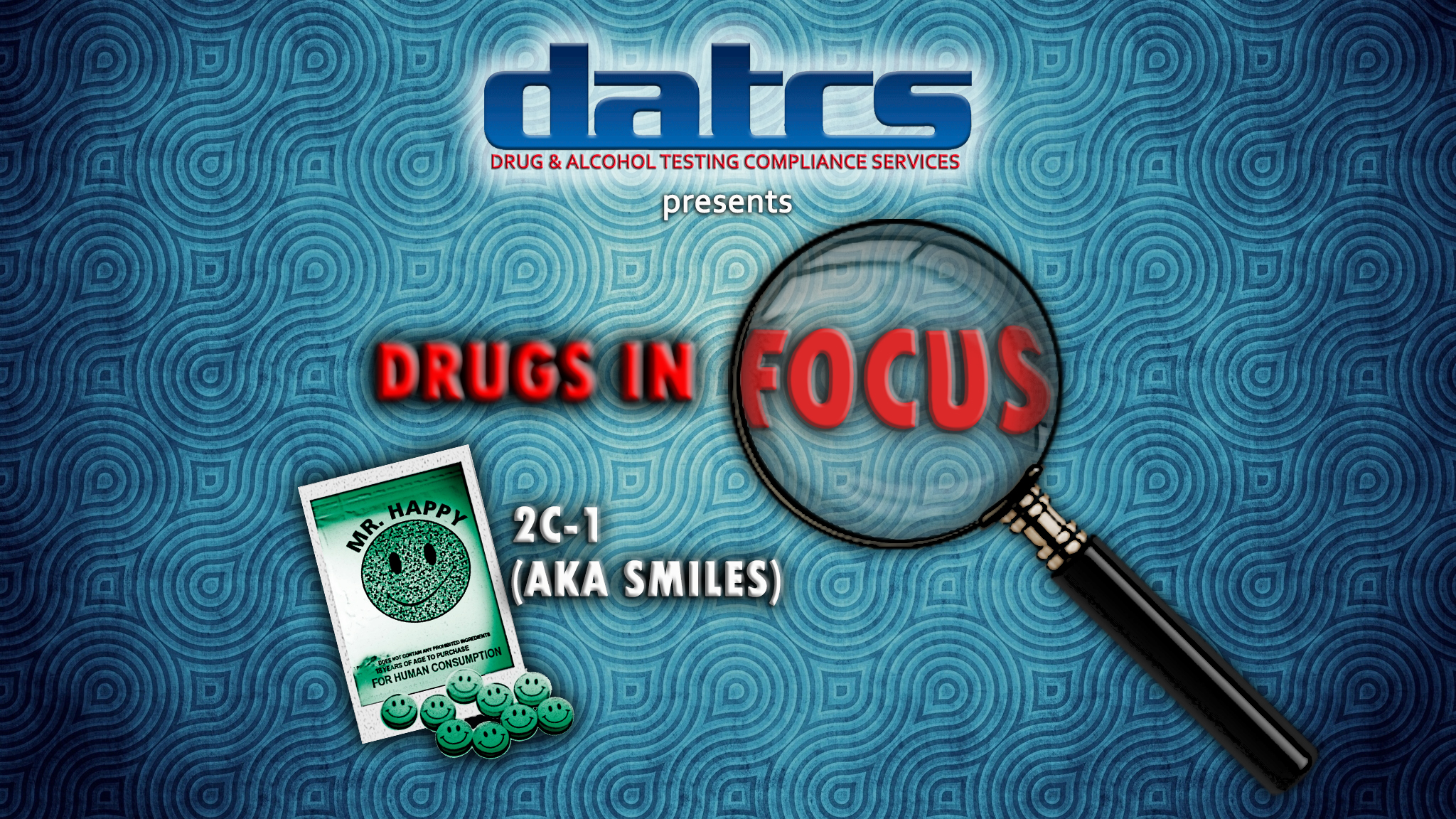 In a world this size, it is very easy to underestimate the number of harmful and highly addictive drugs that thrive on our streets, as well as drugs that are just now gaining public awareness. Each week, we’ll examine harmful and/or illegal drugs of all  forms, shapes, and sizes. There are some you may be familiar with, but there will likely be a surprise or two along the way. This week, we turn our focus to the synthetic hallucinogen 2C-1, also known as Smiles. 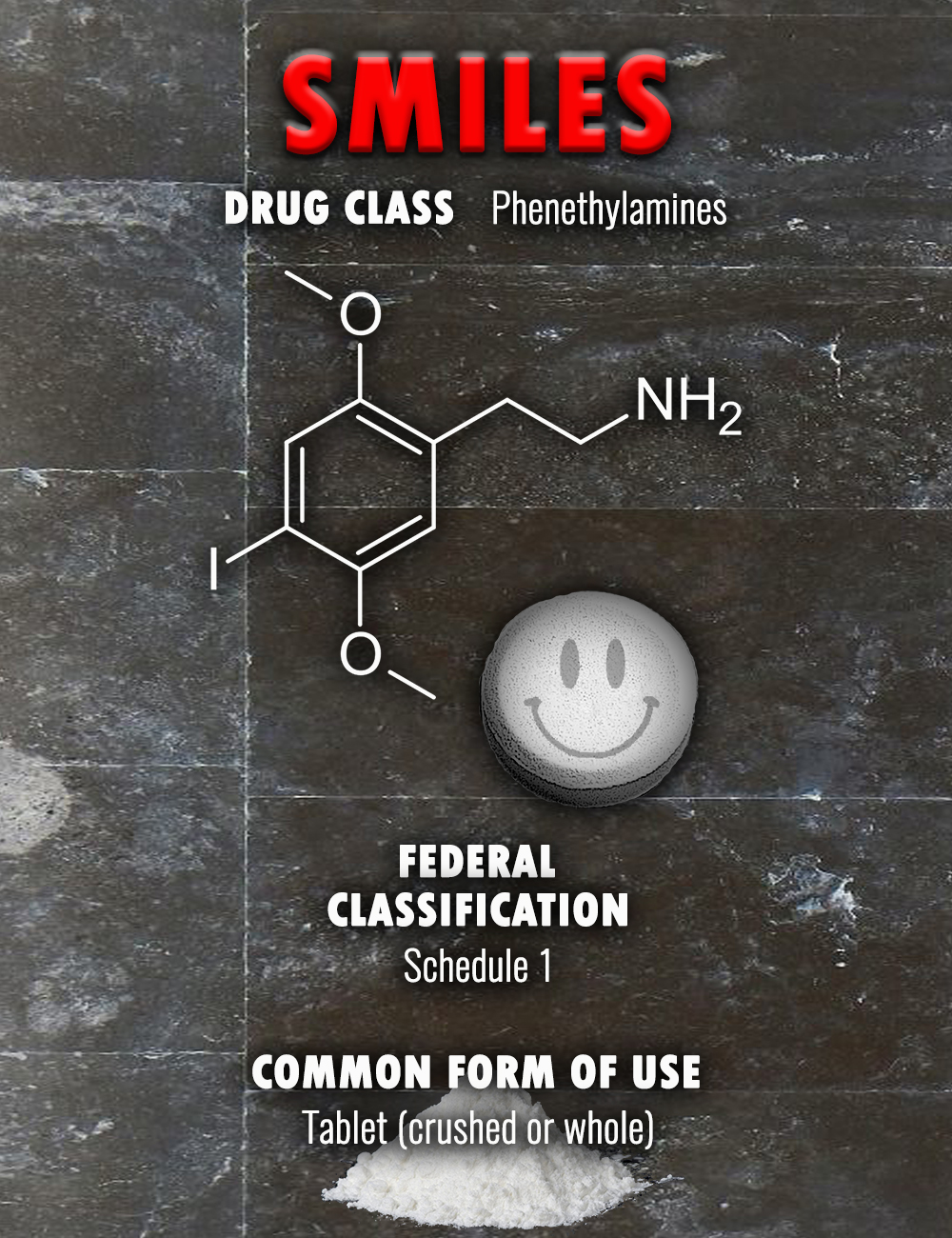 A synthetic hallucinogenic otherwise known as 2C-I, it’s most often sold as a powder, which can be mixed with candy or chocolate before ingesting. Like its synthetic predecessors, such as K-2 and bath salts, smiles seems to appeal to a younger demographic—half of those exposed to it in 2011 were teenagers, according to the American Association of Poison Control. (source: The Fix)

2C-I is part of the 2C family of drugs, a group of closely related molecules that have psychedelic effects. Along with the other 2Cs, 2C-I was discovered by chemist and synthetic-drug guru Alexander Shulgin, who published the formulas of psychoactive drugs in his book “PiHKAL: A Chemical Love Story” (Transform Press, 1991). As of July 2012, the Drug Enforcement Administration classifies 2C-I as a Schedule I controlled substance, making it illegal to manufacture, buy, sell or possess the drug. (source: Live Science)

2C-1 is unique because it’s not just an amphetamine or a hallucinogen, but a combination of the two. This means the drug includes the negative side effects of both hallucinogens and amphetamines. For example, the hallucinogenic effects of 2C-1 may fool users into thinking it is difficult to overdose on the drug since classic hallucinogens don’t typically cause immediate bodily harm. However, 2C-1 also contains stimulant effects, which makes this drug as dangerous as meth and cocaine when taken in large amounts. (source: Duffy’s Rehab) 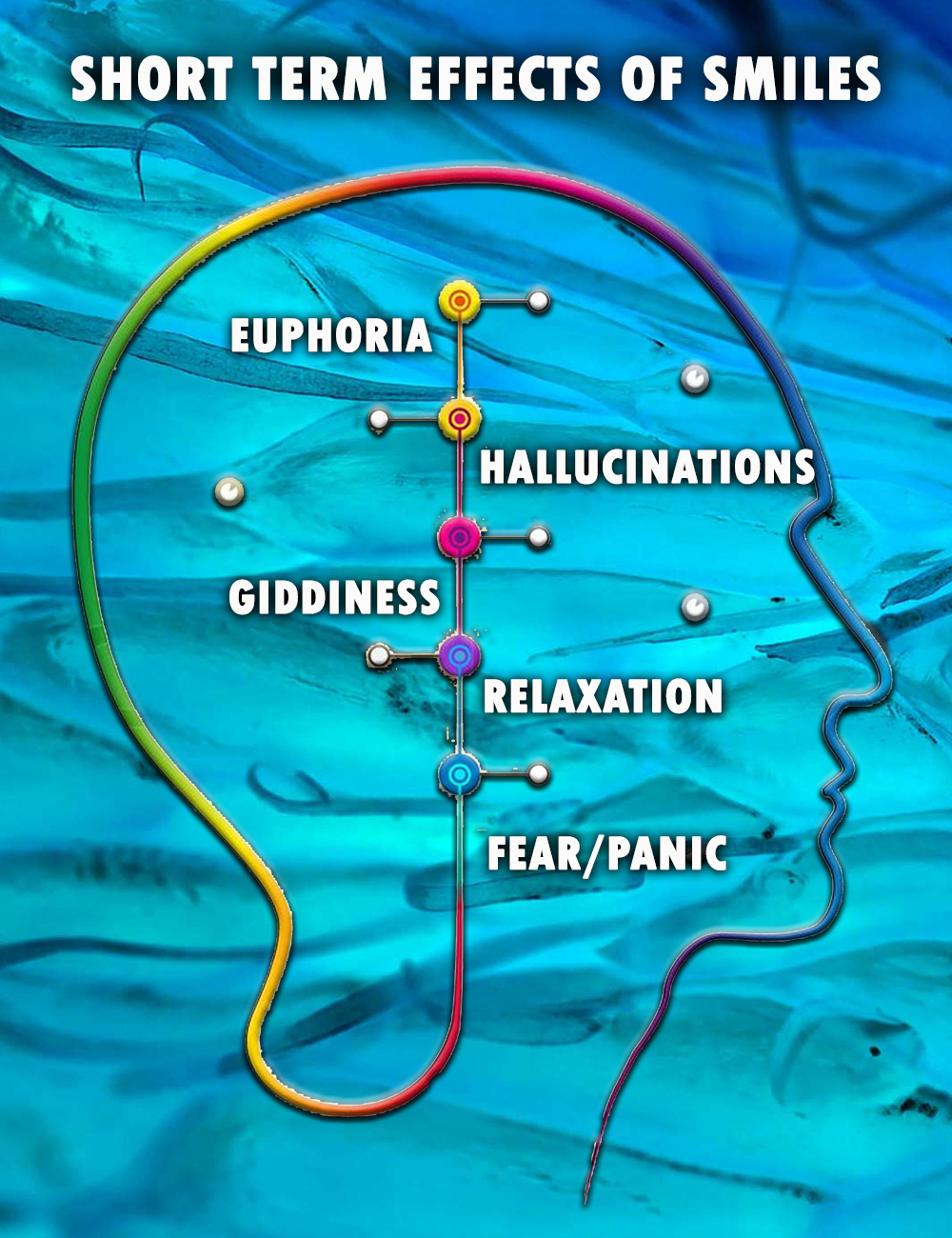 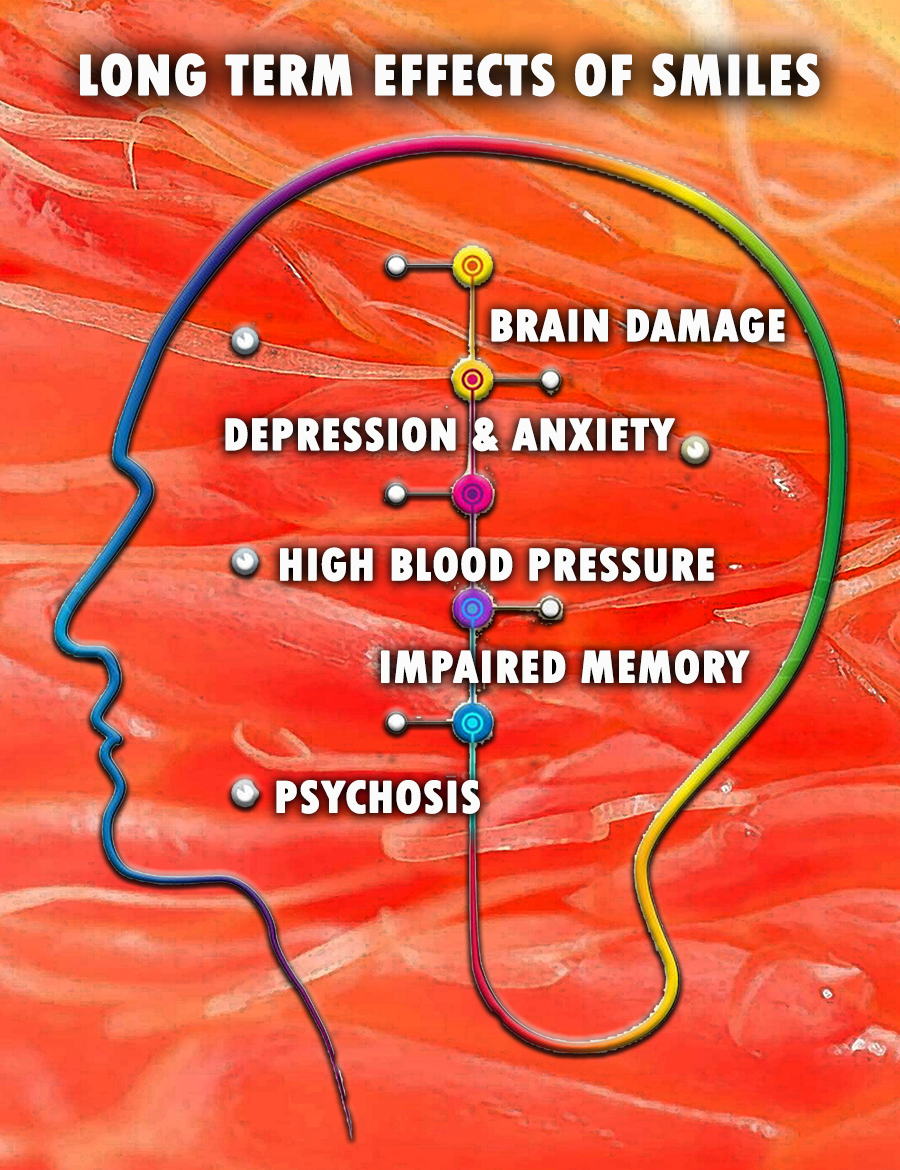 Unlike the more common hallucinogens, such as LSD and psilocybin (magic mushrooms), which typically do not cause overdoses, 2C-I may cause severe bodily harm, even at small doses. The white powder form of 2C-I is impossible to tell apart from other substances, and it can easily pass off as LSD when mixed into candy or blotting paper, putting casual LSD users at risk of experiencing 2C-I’s more severe side effects, or worse, an overdose. In addition, 2C-I can be difficult to detect by emergency room doctors, with many toxicology tests coming back negative. This could be due, in part, to smiles being laced with other compounds. Like heroin and other synthetics, smiles is notoriously impure. There is currently no established lethal dose of 2C-I, but the drug has been implicated in a number of deaths, both in the U.S. and Europe. (source: Drug Rehab)